When a solution to an identified risk seems to make so much sense to you, why can’t others see the same?

For longer than we may be able to comprehend, the discussion of proactive risk management has been an ongoing battle between opposing parties with strong opinions on both sides. Back in 1895, Joseph Malins wrote a poem called The Ambulance Down In The Valley, also referred to as The Ambulance or the Fence. This is a poem about prevention that is still relevant today and a great representation of the challenges people face when trying to resolve an identified safety risk.

As outlined in this poem, sometimes the loudest voice(s) win the day, but that does not mean it is the right answer.  If you have been in this position before in your working life, dealing with the internal struggles between safety, operations, and ownership, you are probably nodding your head right now while you read this.  It can be frustrating to be on the side of risk prevention when you believe in something, when others cannot see nor share the same vision.

Below is the full version of the poem, The Ambulance Down in the Valley.

The Ambulance Down in the Valley

Twas a dangerous cliff, as they freely confessed,

Though to walk near its crest was so pleasant;

But over its terrible edge there had slipped

A duke, and full many a peasant.

The people said something would have to be done,

But their projects did not at all tally.

Some said, “Put a fence ’round the edge of the cliff,”

Some, “An ambulance down in the valley.”

The lament of the crowd was profound and was loud,

As their hearts overflowed with their pity;

But the cry for the ambulance carried the day

As it spread through the neighboring city.

A collection was made, to accumulate aid,

And the dwellers in highway and alley

Gave dollars or cents – not to furnish a fence –

But an ambulance down in the valley.

“For the cliff is all right if you’re careful,” they said;

“And if folks ever slip and are dropping,

It isn’t the slipping that hurts them so much

As the shock down below – when they’re stopping.”

So for years (we have heard), as these mishaps occurred,

Quick forth would the rescuers sally,

To pick up the victims who fell from the cliff,

With the ambulance down in the valley.

Said one, to his peers, “It’s a marvel to me

That you’d give so much greater attention

To repairing results than to curing the cause;

You had much better aim at prevention.

For the mischief, of course, should be stopped at its source,

It is far better sense to rely on a fence

Than an ambulance down in the valley.”

“He is wrong in his head,” the majority said;

“He would end all our earnest endeavor.

He’s a man who would shirk his responsible work,

But we will support it forever.

Aren’t we picking up all, just as fast as they fall,

And giving them care liberally?

A superfluous fence is of no consequence,

If the ambulance works in the valley.

The story looks queer as we’ve written it here,

But things oft occur that are stranger;

More humane, we assert, than to succor the hurt

Is the plan of removing the danger,

The best possible course is to safeguard the source;

Yes, build up the fence and let us dispense

With the ambulance down in the valley.

After reading this poem you may be shocked by the outcome in this story, the choice to tend to the fallen opposed to taking proactive measures to try to stop people from falling, but these same decisions are being made every day.  Cost of the preventative measure is a top reason why companies decide against putting in place a new or improved risk management solutions.  Another top reason is time.  But what if the solution could help avoid a workplace injury or even save someone’s life?  Is that worth the cost and time then?

When you are on the side of proactive risk management, it is hard to understand why someone could be opposed to these types of solutions.  Try putting yourself in their position though and then ask yourself:

–          Why do I believe my answer to the first question outweighs the benefits of the preventative measure?

At the end of the day your efforts may not be successful, but knowing that you have tried, and will continue to try, means you care. And a culture of caring is still a victory for all.

For more information regarding proactive risk management solutions please feel free to connect with our team to learn more sales@impirica.tech. 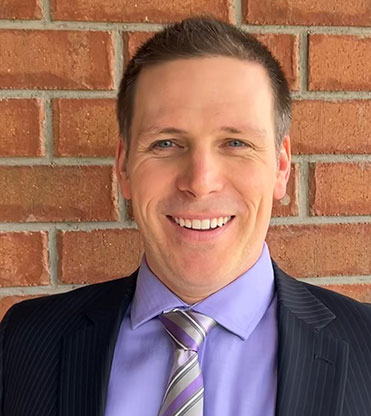 Chris has established himself as a leader and innovator in the fitness for duty industry supporting companies in Canada and the USA. From program development and implementation, to training, program review, and program management, Chris has worked with companies in a variety of safety sensitive industries. Additional accolades include, training over 5,000 people since 2013, published online educator with 4.4/5 rating after 200 reviews, and published a white paper on opiate and opioid use in the trucking industry.